BACK TO TOPICS
ARE WE ON THE CUSP OF A MASS CITY TO COUNTRY MIGRATION?

Melbourne was set to become Australia’s largest city by 2026.  Since the start of COVID-19, when a large part of Australia’s workforce was forced to work from home, there has been much speculation whether this will impact people moving out of cities. And now it seems the evidence is starting to mount that this is in fact the case.  People are moving out of Melbourne and Victoria.  Survey research and ABS provisional migration data released in November support this trend.

ABS provisional migration data for the June 2020 quarter shows Melbourne had a net loss of 8,000 people from internal migration, the largest quarterly net loss on record[1].

Bastion Insights has been conducting surveys monitoring community sentiment since the beginning of COVID and our research in November showed almost 4 in 10 Victorians (23%) were likely or very likely to move interstate (24%) or to regional Australia (23%) in the next 1-3 years.

For the June quarter 2020, both NSW and Victoria lost population to other states due to migration. This is nothing new for NSW, who has been losing population interstate for a while. But this is a big change for Victoria.

Victoria’s interstate migration has been strongly positive for over 10 years. But in the June 2020 quarter Victoria lost just over 3,000 people interstate in net terms.  This is the first quarter of net migration loss Victoria has recorded in over 12 years, and the largest quarterly loss since 1996, so it’s pretty significant.  Victoria lost the most population to Queensland.

Comparatively NSW also saw a net loss in population of 4,000 which is the smallest net loss for NSW in 4 years. Most of the loss is to Queensland, a trend we have seen for a while.  What was unusual was more people moved from Victoria to NSW (6,900) than from NSW to Victoria (6,100).  NSW has not experienced a net gain of people from Victoria in over 23 years.

Melbourne also lead the internal migration from capital cities. The net loss of people through migration from capital cities across Australia in the June 2020 quarter was the largest quarterly net loss (-10,500) since this measurement commenced in 2001, with the bulk of the net loss being from Melbourne (-8,000).  This is Melbourne’s largest quarterly net loss on record, and these figures only cover the first lockdown, so we expect migration out of Victoria to be even larger when the ABS release next quarter’s figures.

So, what will Melbourne look like in 2026? What we do know is COVID will have long lasting effects, many of which will only become apparent in the months and years to come.

[2] Net migration is the difference between arrivals and departures. It can be positive (more arrivals than departures) or negative (more departures than arrivals).

BACK TO TOPICS
More stories 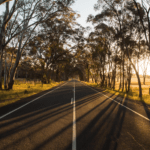 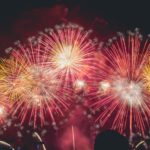 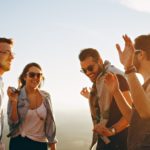 While there’s plenty of different ways to conduct research, none create a better ongoing dialogue between brands and their consumers than an online

We are part of Bastion

Bastion is a truly integrated, full-service marketing and communications agency founded in 2009. We are Australia’s largest independent agency, with an ambition to achieve the same feat in the USA.